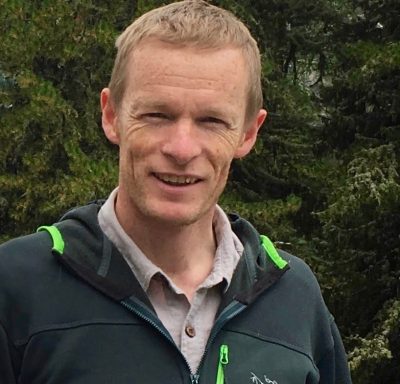 Mike is an experienced UK MIC and IFMGA mountain guide and lives in the Scottish Highlands village of Aviemore with the beautiful cairngorm mountains on his doorstep.  He splits his guiding between Scotland, the Alps and short trips to Canada and really enjoys finding the perfect itineraries for folk who join him in the mountains.

Mike has been leading people in the outdoors for over 24 years and he has highlighted some of his fondest memories and achievements here (Some type 2 fun in there!)…..

As well as being a Guide & Mountaineering Instructor, Mike is also a BASI 2 Ski instructor and has a wealth of experience working with groups in the Outdoors since starting his career at Outward Bound Scotland and Glenmore Lodge over 20 years ago.   As you can see from a few selected quotes below, he’s a very popular guide with our guests….

I’m still in shock. 1 that I made it up and 2 that plan a came good after such a strange weather week.

I can’t thank your enough.  Mike has been amazing and the adaptability has really impressed.

I have to say entreves was great to help deal with exposure and with all the other climbs proved to be perfect at preparing me for the attempt.

A wonderful week with great people. Thank you!

Tx Rob.  Was a very enjoyable trip.  Mike was a great guide and companion over the five days.

The longer days are actually more my taste anyway so was nice to have a few.  Would be interesting to go for three or even two days at some point.  This said – need to speed up my transitions some and get my kick turn to be bomber.
Thanks again, Bryan

Thanks for a great week.  The course was great fun and it prepared me well for the Matterhorn at the end – we were lucky with the weather and I’m really pleased we were able to summit. I learnt a lot from Mike throughout the week, he was an excellent guide and a good guy on top of that.
Thanks for all your help, everything was really clear and well structured. I look forward to coming back to Chamonix and I hope we’re able to do something again in the future.
Cheers, Alasdair

Thanks for the very nice images. The picture at the top is as it was – well almost.  Again we would like to thank you company support and expertice on this expedition.  You had great understanding of the team and guides us perfectly.  Very appreciated and we will look forward to an other expedition in the near future.
All the best,
Morten, Jesper & Peter
Gang of Bears