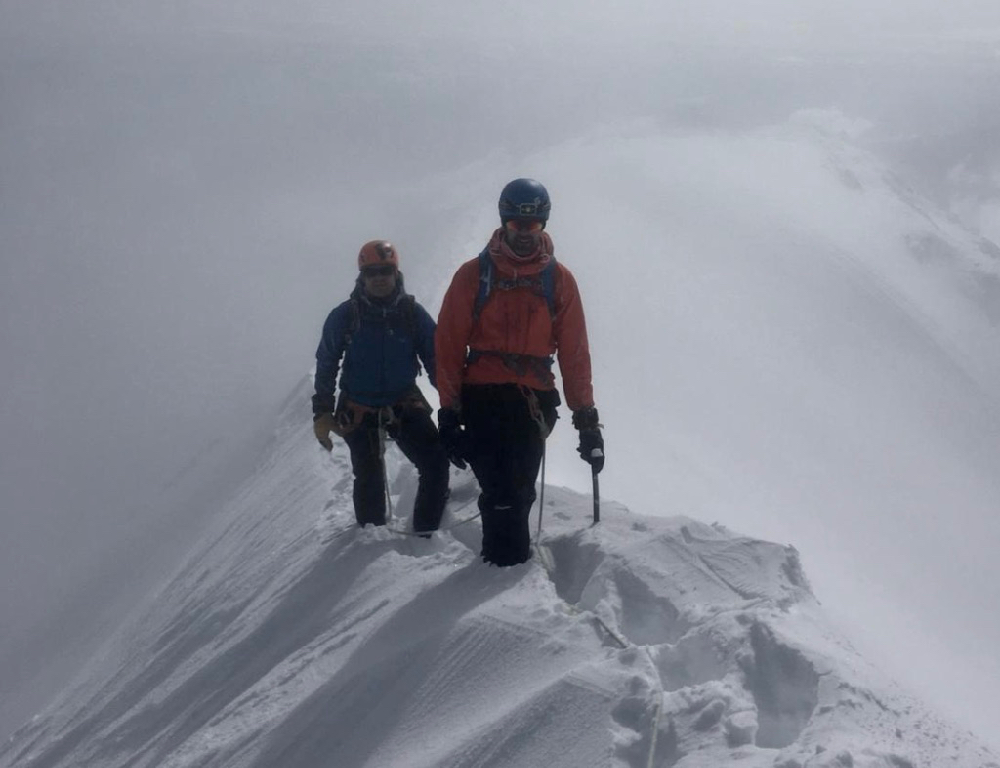 The heat waves of this summer felt like the story of the previous season to teams out in the mountains over the weekend as fresh snow arrived to 2000m in places across much of the Northern Alps.  Temperatures have plummeted and, with plenty of fresh snow on the high glaciers, there have been some cold, but beautiful conditions.   Middle & high mountain crags in the Chamonix Valley are white & wintery looking!  Scott, James & Phil made our 3rd Weissmies ascent in just a few days yesterday as they enjoyed the ‘beefy’ challenge provided from the fresh snow level which had descended to below the Almageller Hut.

Contrast this to conditions last week which were very much ‘late summer’ with a very dry & rocky approach to, and ascent of, the South Ridge where crampons were only worn for the final summit ridge section.   This can make the Weissmies feel quite long with the exposed boulder fields taking longer to negotiate than the smooth open snow slopes of early summer!

We have a very good success rate on the mountain and now invariably make the descent back via the South Ridge which gives good down climbing training for the Matterhorn & Mont Blanc and offers the chance of another day from the hut climbing something like the Mittelruck, Dry Hornli Ridge or descending down to Saastal to do the Allalinhorn the following day.   Our teams from the Weissmies at the end of last week went on to make a fine ascent of Mont Blanc in cool conditions with some fresh snow.  We have teams heading up to Tete Rousse today also to hopefully climb via the Gouter Hut today & tomorrow.

We also had teams climbing the Gran Paradiso at the end of last week and also going up this week, so stay posted for an update of that.   There are plenty of holes and crevasses on the glacier above Chabod but a good track with  lots of teams still climbing and some teams from Vittorio Emanuelle joining the Chabod route via a traverse onto the upper glacier from the rock ridge separating the 2 huts.  We also have some Chamonix Mountaineering groups out doing some great middle & high mountain rock ridges like the Arete Fretes above Montenvers and the Aiguille d’Entreves from the Skyway Monte Bianco….

We are also hoping to climb the Dufourspitze later this week as well as other 4000m peaks on the Zermatt Skyline like Pollux and Breithorn, so again, stay posted for updates on conditions for those peaks.  The guardians of Ayas & Monte Rosa Huts are reporting quite heavily crevassed glaciers on the approach but still reasonable conditions with plenty of teams climbing. 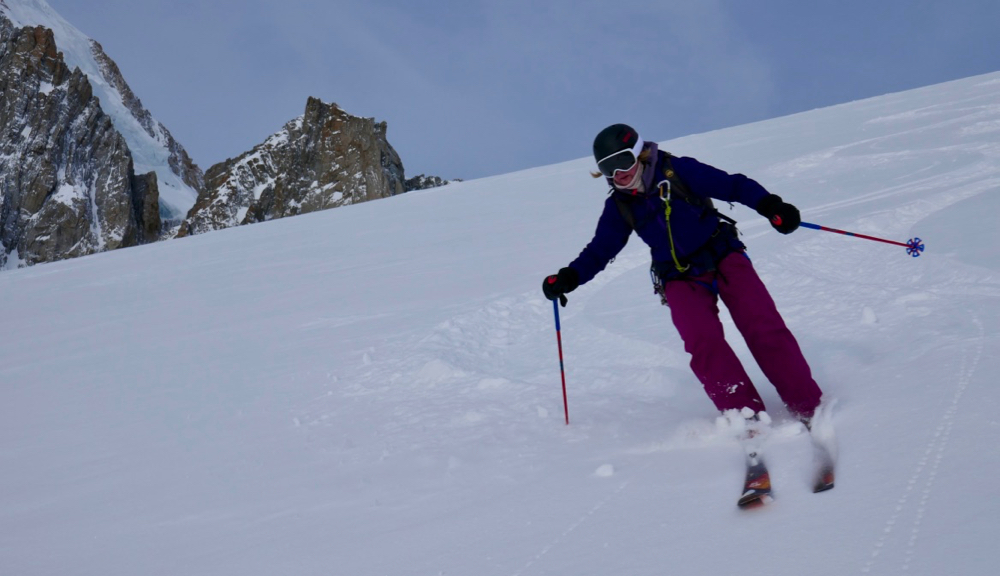 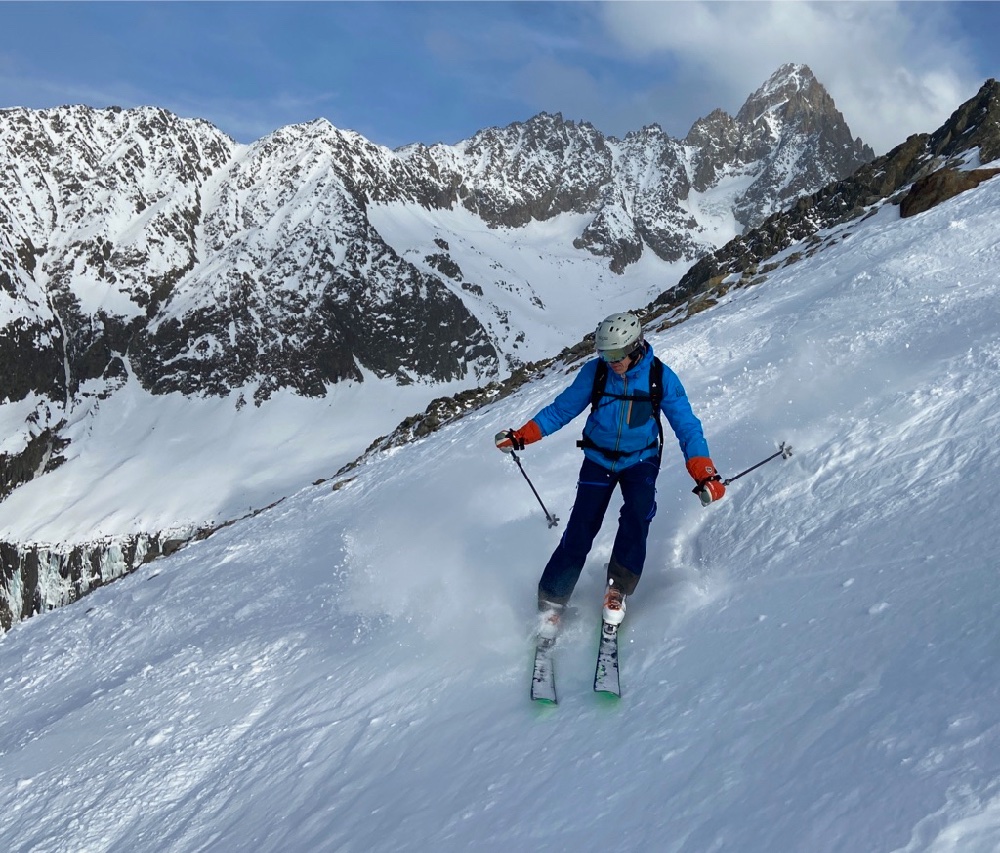 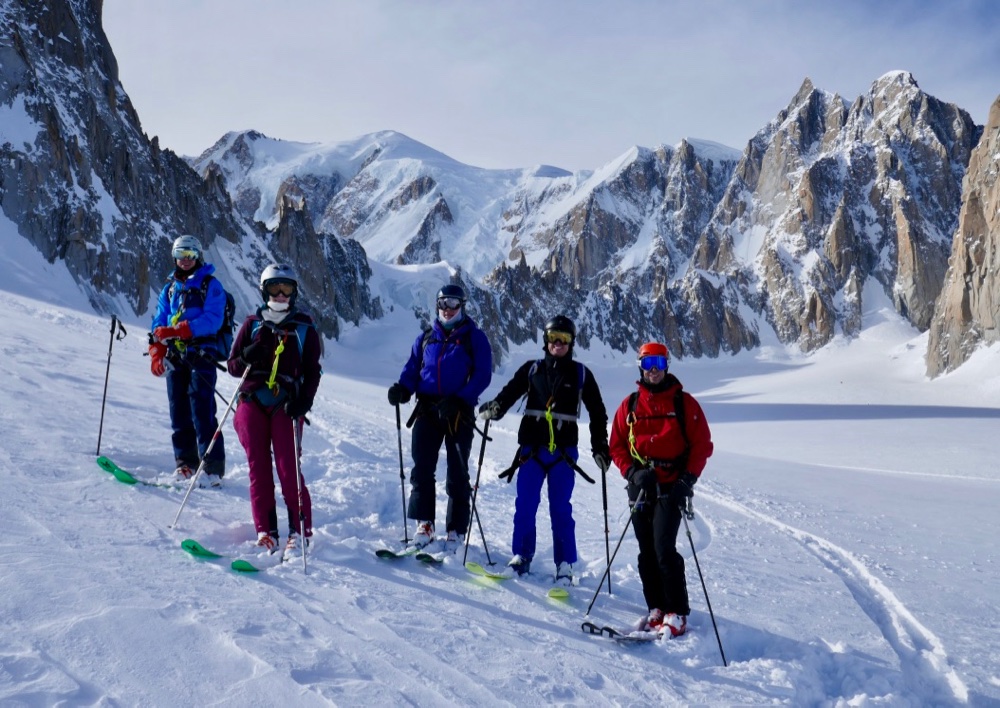