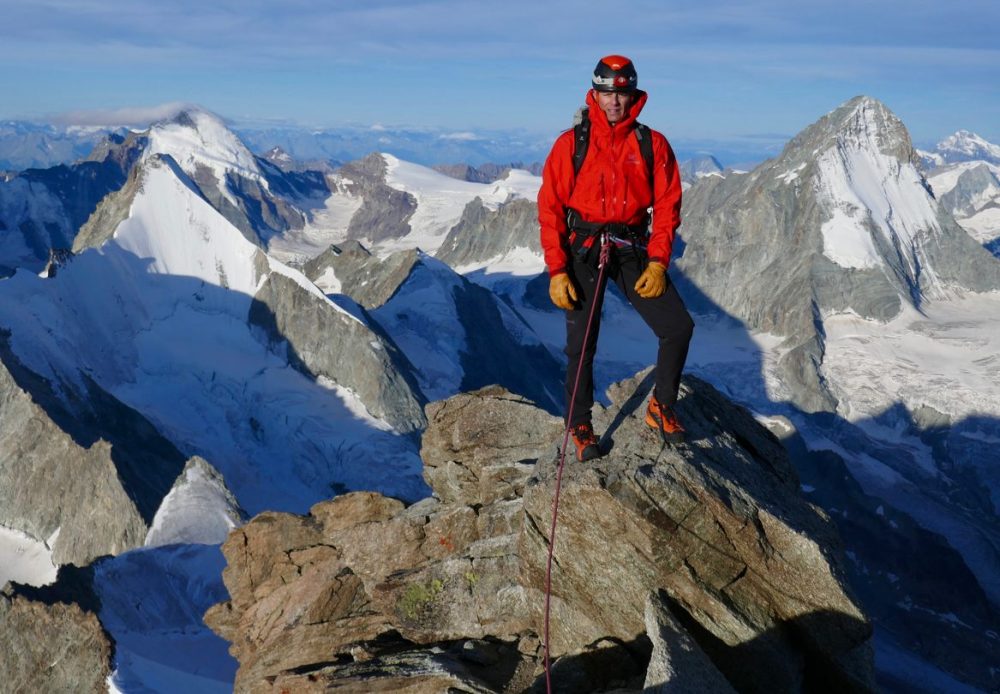 It was slightly surprising how quickly the snow from Wednesdays storms cleared from the mountains around Zermatt.   By today, apart from the North Faces, most of the ridges appeared to be dry again and there were certainly plenty of teams enjoying the good high altitude rock climbing and scrambling on the fine pyramidal peak of the Zinalrothorn, 4221m.

The snow above the Rothorn Hut (3200m) was well frozen this morning, there just isn’t much of it left! Infact what remains of the small glacier behind the hut provided easy and rapid access to the loose rocky chimney providing the gateway from glacier to the easy but loose scrambling and walking, leading back left and working up across snow fields towards a superb dawn on the fine snow crest leading to the South Face of the mountain.

Having not climbed the mountain before, we were slightly surprised to realise how much terrain, including some quite loose ground exists between the end of the snow ridge and the start of the main couloir leading to the Gabelnotch. There is some good scrambling in there and nice gneiss walls….but a bit of choss too! 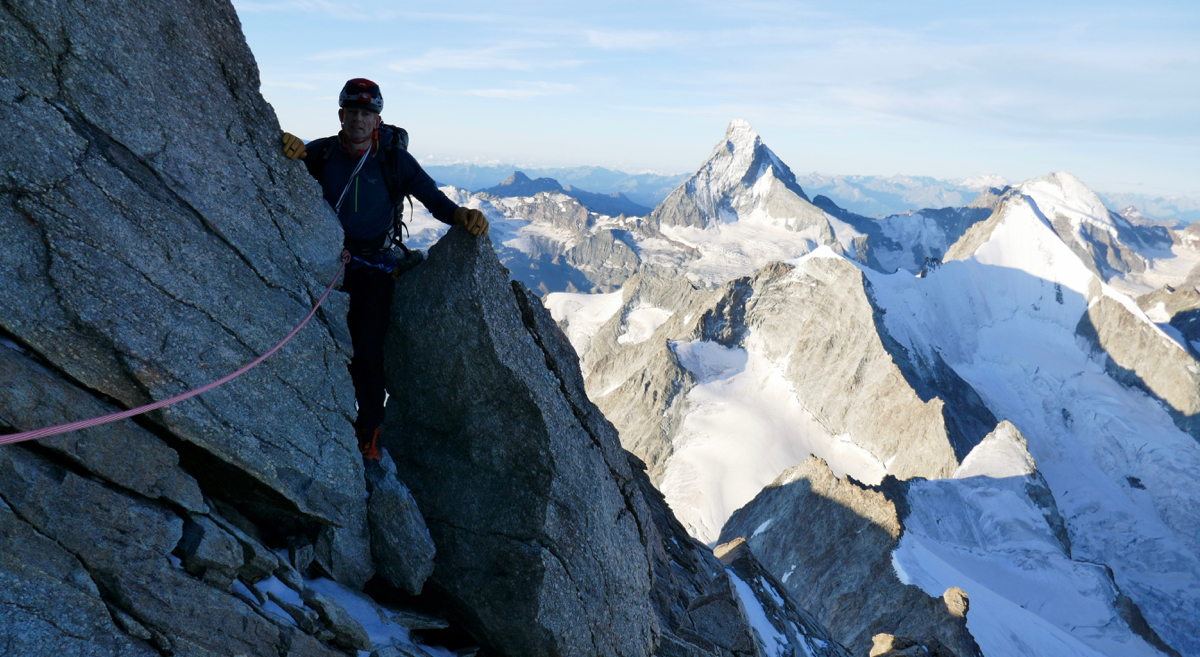 Fortunately whilst there is no snow left in the main couloir there is a nice solid rock ridge to scramble up to the left, with several bolts and good easy climbing sections leading up to the Gabel notch. From here the scrambling is really enjoyable and only slightly thin for the ascent of the Biner slab, which has a few bolts, and only quite steep for the traverse on the East Face of the ridge, near the Kanzel summit.

One team also climbed to this point today via the steeper and harder Kanzelgrat ridge whilst numerous others traversed the mountain via both the North Ridge from Mountets Hut and the Rothorngrat, also from the Rothorn Hut. 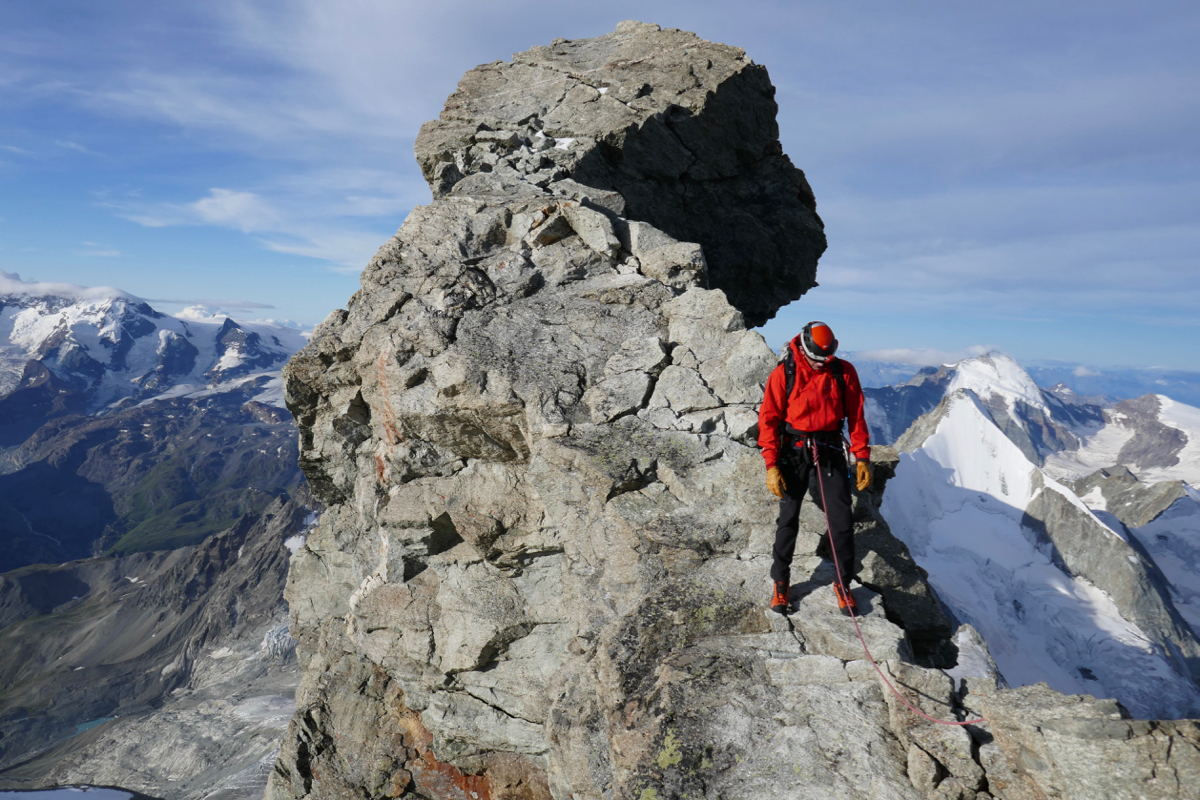 Teams were also leaving the Rothorn Hut to climb the Obergabelhorn and folk also traversed over via the Arbengrat. Surrounding peaks like the Dent Blanche, especially on any sunny ridges looked quite dry again although the snow cover still remains fine on the higher glaciers and a big new track appeared during the morning on the Dufourspitze above the Monte Rosa Hut. 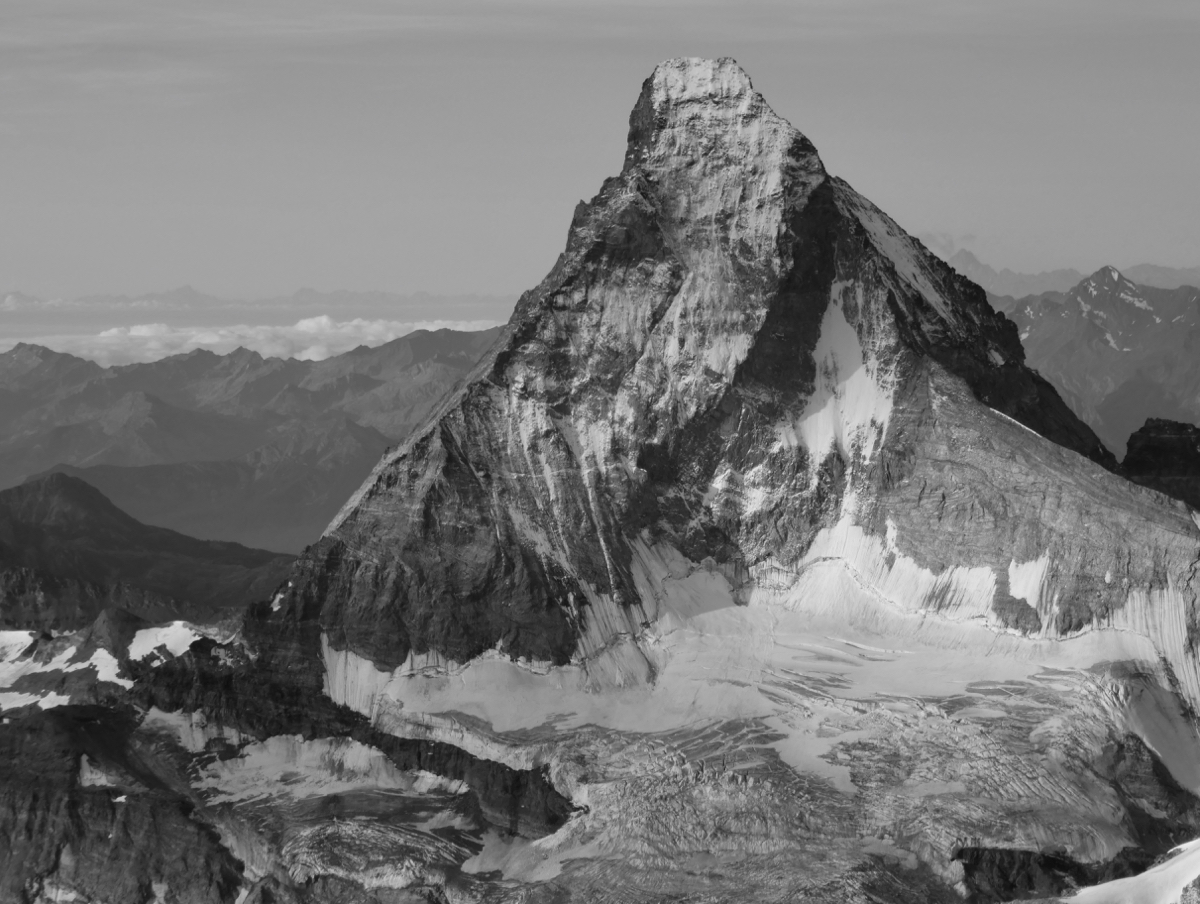 Teams were also climbing the Dom and the Matterhorn today.