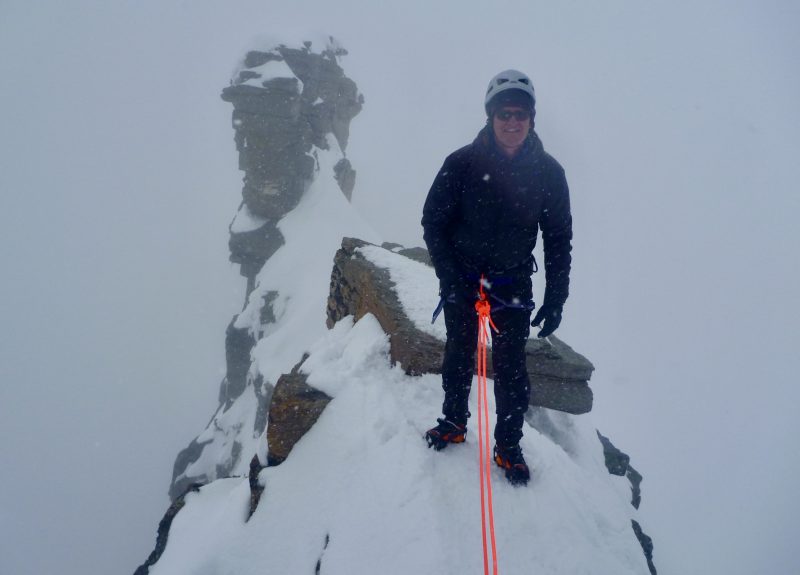 Snowy early summer conditions remain the main theme in the high mountains around the Mont Blanc Massif with very good snow cover on the glaciers and still on many faces & couloirs.

On the Gran Paradiso, there was snow from around 2400m on the walk to the Chabod Hut and snow all the way from the hut to the summit this morning, with impressive cover all the way up the main glacier route and very few crevasses in evidence compared with later summer and recent seasons.

The North Face also looked well snowy with no ice visible this morning although it would have been hard work at best today with all the soft snow after a poor overnight re-freeze.  There was a reasonable track on the normal route however, leading all the way to the summit.  Great conditions on the summit ridge and very quiet today with only 4 teams climbing from Chabod and none from Vittorio Emanuelle, which is still shut apparently.  We descended the same route via the Chabod Hut as the snow was very soft and trail breaking was not appealing!

Our warm up day for the Gran Paradiso was via the Skyway Monte Bianco lift – which was a popular choice with the Midi lift still shut!   Teams were climbing the Dent du Geant, Aiguille d’Entreves & Tour Ronde via both the North Face and Freshfield Arete as well as the snowy couloir climbers left of the old normal route!

Before the drive over to Valsavarenche and climb up to the Chabod hut we got some good big boot rock climbing done at Les Gaillands where there is still an impressive pile of snow (covered in brown debris) at the base of the crag – making some of the pumpy 6a overhang routes a lot easier!

We still have 1 place available on our 3 day Chamonix Alpine Intro course starting on the 9th June with a day of mountaineering training on the Mer de Glace, before a 2 day hut trip at the Rifugio Torino.