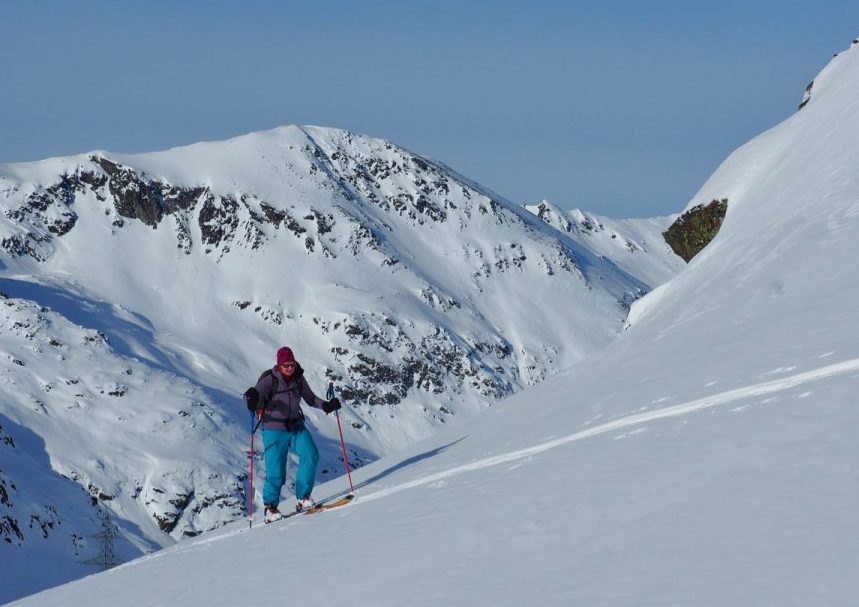 A full car park, Stella blue sky and very white looking hills above the Grand St Bernard boded well for a good days ski touring and so it proved.   With relatively mild sunny weather and good snow volume higher up, there were many teams and a massive amount of tracks in all kinds of interesting places above Bourg St Bernard and around the Hospice Grand St. Bernard.   Even the skinning and skiing on the main track to the Monastery was well filled in and pleasant and it looked like it would be a full house in the Monastery for Saturday night mass!

Loads of teams have been out touring and putting in some good turns above Bourg St Bernard including on the sustained west facing slopes leading up towards Mont Velan, all round the Combe de Drône and with many tracks on Monts Teilliers (2949m) as well.   Likewise numerous teams were seen climbing on the Chenalette and taking the steep NE face back in to the main Hospice approach valley.   Above this there were some fine looking tracks on the North Face of Mont Mort and many more heading round in to the more mellow Combe de Barasson.

The easier West Barasson col saw plenty of traffic today and we enjoyed some good turns on shady ground with a mix of old powder velvet and light wind crust on the descent.   The views to Monte Bianco, Grandes Jorasses, Crevacol Ski Area, Col de Serena etc etc were superb.

A good addition to this 750m ascent from Bourg St. Bernard is a mini tour around the back of the Pt (wart) 2588m and the pleasant NW facing couloir leading back in to the main Combe.  Numerous teams were skinning much higher up toward the ridge line on the Pointe de Barasson.

Reports from teams doing Mont Fourchon from the Hospice were of fairly varied snow in the lower bowls and not the best snow.   Probably better on shadier and more sheltered or even full sun and spring snow in other places.

We have places on our Grand St Bernard Ski Touring weekend in March as well as various other intro and intermediate ski touring courses in Chamonix here. 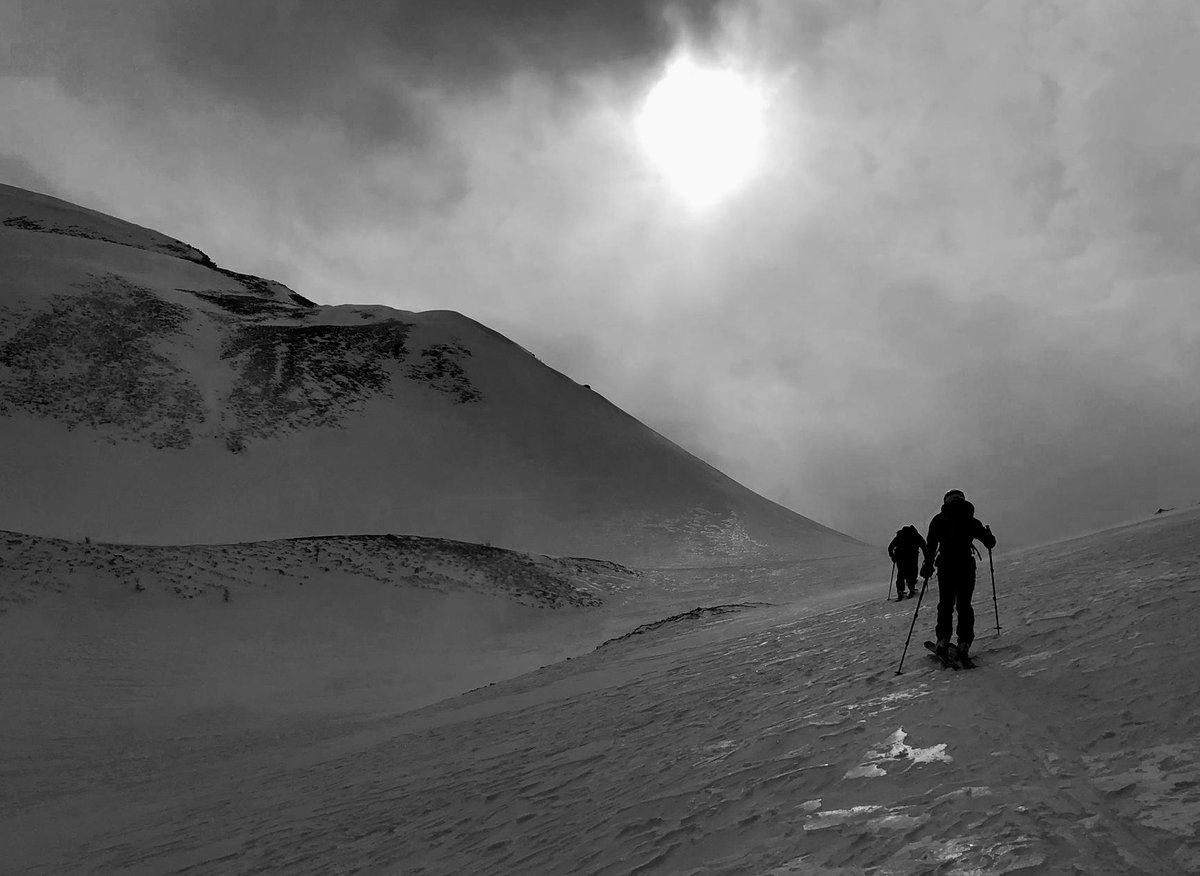