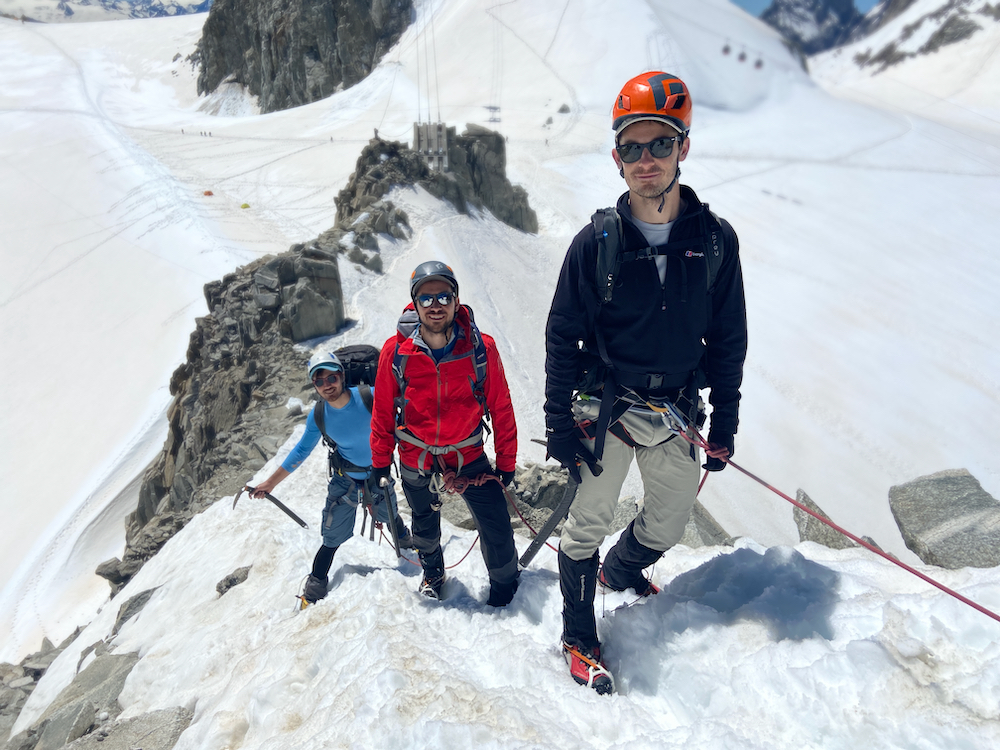 Lots of teams up at the Brevent and above Plan Praz today and Chamonix is getting a bit busier in general.   Very enjoyable climbing on this Plan Praz / Brevent classic middle mountain rock route.  A modern classic with some hard sustained moves on the 6a pitches and beautiful rock and climbing on many of the pitches and especially the brilliant last pitch up the lovely flakes and cracks at a surprisingly amenable 5b.

There is still plenty of snow below the single pitch sport crag near the Col on the piste coming down from Brevent but conditions were good today with plenty of sun but not too hot with a breeze and a few clouds.  There are still plenty of snow patches about and it’s a great area for a general mountaineering training and acclimatisation day combing crampon and axe skills with big boot scrambling and some pitches of rock climbing.  Access to the Frison Roche route however appeared to be completely snow free and lots of other routes are new easily accessed in trainers giving a much lighter pack than a few weeks ago when more mountaineering gear was required.

As per most days this week, there was a good overnight freeze of the snow and fine crunch crunch conditions on the glacier this morning as we stomped up the glacier under the North Face of the Gran Paradiso.  During our faff powered departure from the Rifugio Chabod we had enjoyed watching the head torches of several Italian teams bobbling up the north face of the Piccolo Paradiso and we would meet them again on later on the summit of the Gran Paradiso!

As per usual there are a few big crevasses starting to open on the upper section of the glacier route above Chabod but conditions are good and the snow was stiff this morning making for rapid progress all the way up to the summit ridge.   Good conditions for all this upper section and the descent to the Vittorio Emanuelle Hut.  The mountain & both huts were relatively quiet but there were enough people congregating on the summit block for us to observe the new 1 way summit system, which worked really well today.

We met some of the teams we had watched climbing the Piccolo Paradiso North Face on the summit of the Gran Paradiso.  They reported good conditions and enthused about this fine traverse.   The North Face has got much icier in the last week and now has a major section of bare looking ice in the upper half of the face.  There is a sinuous strip of snow remaining on the hard left but it does not look like the clean snow face it did until quite recently.

Even the 3500m rock ridges around the Skyway are now well rocky with things like the Marbrees looking well dry and some rock fall from the couloirs on the Skyway Face.  There is a good track going up the glacier to access the narrow remaining snow couloir leading on to the loose rocky ground for accessing the Dent du Geant, Arete Rochefort and Grandes Jorasses, all of which have been climbed recently as have the Kuffner Arete and plenty of good rock climbing on the classic golden pillars above the Vallée Blanche.

We have also been enjoying the rock climbing above Brevent and Plan Praz now most of the lifts in the Chamonix Valley are fully open for the season.   La Somone and Mic et Maousse made a fun link up of sustained 4c – 5b pitches with some good Chamonix rock climbing, wonderful views and great Matterhorn training.

We have guides available to take you Chamonix mountaineering & rock climbing and  or to make ascent of some of the many great high alpine peaks which are in good conditions at the moment.   Please get in touch via the contact form at the base of this page.  Good climbing & bon week-end. 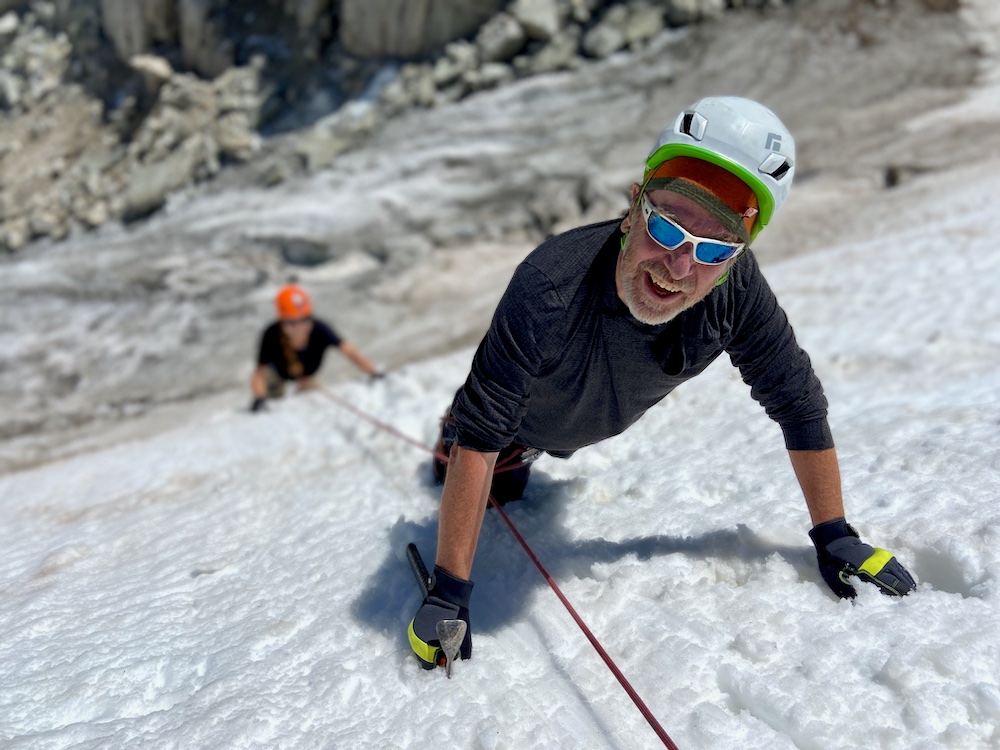 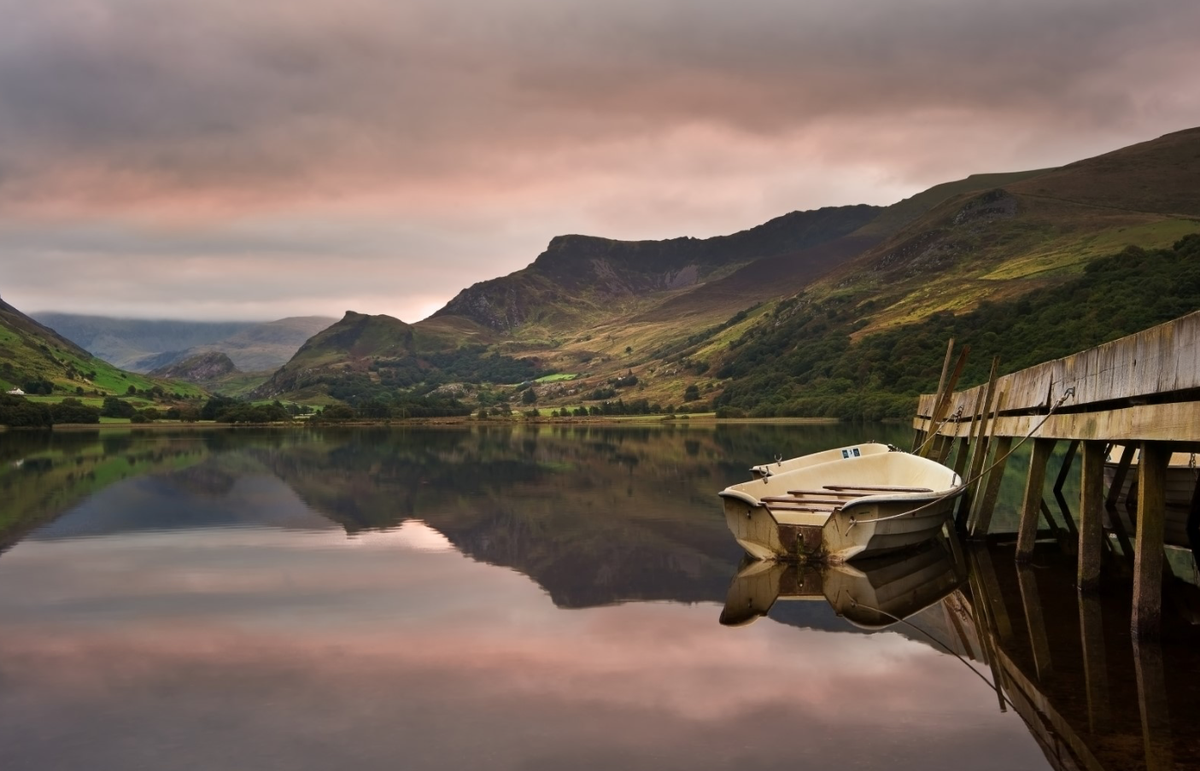